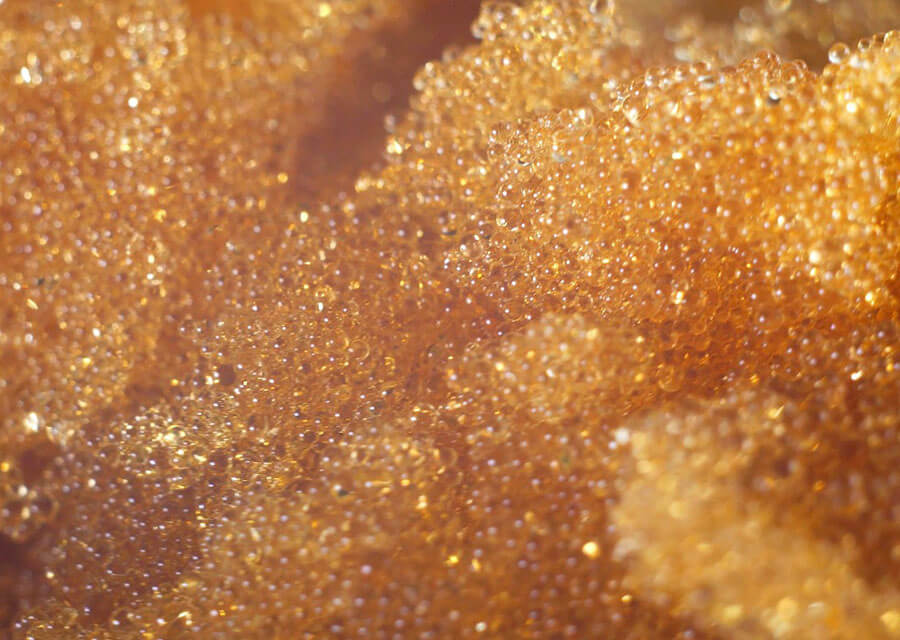 Types of Water Softener Resins and Other IX Resins

Does hard water make trouble for you? Then water softener will do an ideal job to get rid of the hardness in your water.

Let’s get wised on hard water, water softening and Resins. Here we go…

What are hard water and soft water?

Hard water contains high calcium (Ca2+) and magnesium (Mg2+) ions concentrations, and can also be defined as the concentration of multivalent cations. Multivalent cations mean metal ions with a charge > 1+, commonly 2+. These cations dissolve in water by leaching from minerals; limestone, dolomite, calcite, and gypsum within an aquifer.

Why do we need a water softener?

Water softeners need to soften the water. Sometimes, used to remove iron by maintaining accurate conditions. Removal of hardness in water can reduce serious issues discussed above. Raw water treated with hardness will result in high performance in boilers and cooling towers and reduce your huge maintenance cost. Water softeners reduce all the issues due to scaling and save your money.

The Main Component of a softener is the resin bed.

What are water softening resins?

There are artificial resins and natural resins. Natural green sand called glauconite has low exchange capabilities and was once widely used but has strong physical stability than synthetic resins. Synthetic zeolites (manmade) or polystyrene resins are most common in the industry. Cost is tolerable, and resin quality can be controlled. They also have higher ion exchange (IX) capacities than natural materials. Manmade Ion exchange resins are tiny, porous round plastic beads.

Resins are packed in a vessel, and it calls as a resin bed. Resins play the leading role in water softening, and their duty is ion exchange. These plastic beads are electro statistically charged to attract their opposite charged ions. The softener resins are charged with sodium ions & captured negatively charged ions.

Do resins important in softening?

Yes. Resins do the key chemical process in Ion exchange.

IX resin technology has practically been used from the past for many applications. Water softening is one of them.

Some other methods can use for hardness removal. They are

Among the above methods, here are advantages that support the ion exchange method to rise within the industry. IX resins only remove ions.

How do IX resins work?

IX change does not occur on the surface but inside the copolymers. Plastic beads hold Na+ ions initially. When hard water runs through the resin bed, beads catch the divalent ions and release their monovalent ions (Na+ or K+). Negatively charged functional groups, which are immobile, hold these replacing cations at the interior of the resin bead, but rarely does it exchange ions at the bead’s surface.

When the resin bed gets saturated, hardness ions haven’t more space to create affinity with immobilized negative ions in resins. So we need to refresh resin; hence, the reverse ion exchange process should have proceeded. It is called “Regeneration.”

Use saline solution or brine solution (NaCl) to regenerate resin media. This solution should have enough strength to drive the reverse reaction of IX. Concentrated NaCl enters the resin bed and exchanges Na+ ions with hardness ions. The softener bed is getting reactive now. Before injection of brine solution, it is needed to be backwash the softener unit.

The ability to remove hardness from the water is related to the volume of resin in the tank.

What are water softener resin types on their structure and grading?

Resins can categorize into two types due to their structure.

Gel resin has microporosity with small pore volumes due to the fewer crosslinks. But considering to gel type, macroporous resins have large pore sizes. These large pores allow water and salts to direct contact with the interior of beads. Gel resins pass lights through its phase, but another type is opaque. Gel-type resin is commonly used in water softening.

Fine mesh resins that increase the surface area for ion exchange can be used for softening due to their high operating capacities and ease of regeneration. Tiny resin beads are packed tightly in the vessel, which causes the water flow rate to slow. It is not suited for high flow systems and water with high turbidity.

Are there different types of resins?

Different types of IX Resins are specially manufactured to use for different kinds of purposes. The ionized functional group attached to their hydrocarbon network causes different Chemical behaviors in each resin type. We can identify the most common types as follows.

SAC resins are highly ionized and neutralize strong bases, and neutral salts are converted into corresponding Acids. The ionized group bind the Sulfonic acid group (-SO3H). They exchange monovalent cations (Na+ and H+) all over the pH range.

WAC resins are widely used in softening and dealkalization. WAC can remove temporary hardness by about 80%. It is not able to eliminate all cations in many water systems. Compared to the SAC system, WAC resin systems have high regeneration performance. So it helps to decrease the amount of acid used to regenerate the resin. These are ionized to carboxylic group (COOH) and remove cations. These resins have high oxidation resistance capacity and perform mechanical durability.

SBA neutralizes strong acids, and neutral salts are converted into corresponding Bases. SBA type is also highly ionized as SAC resins and hydroxide form are used for water deionization in the entire pH range. Due to the two functions of quaternary ammonium groups, they were named Type I (with three methyl groups) and Type II (with one methyl group).

Are there any limitations of softener resins?

When hard water contains ferric or ferrous ions (with no correct pH maintenance in the softener and backwashing errors, ferrous can convert into the ferric), iron fouling can occur in the resin bed. Also, Aluminum, Manganese, and some heavy metals can cause fouling.

Osmotic shock results in less effectiveness of resins and increases the pressure drops due to broken resin bead particles.

Due to the external water hammers, hydraulic shocks can occur in resins.